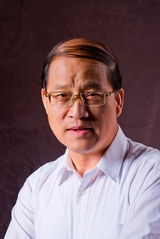 He is also active in public service. He is a member of the 12th CPPCC and the 12th Jiangsu Province Discipline Inspection Committee. He serves as chief editor of Nanjing University Business Review, editorial member for several journals such as Nanjing University Journal, and market supervision expert committee member by SAIC and GVC Working Expert Committee Member by the Ministry of Commerce.

Professor Liu has published more than 40 academic monographs and nearly 500 academic papers in Chinese and English. His papers have won academic awards from Jiangsu Province and Ministry. At the same time, he also actively offered advice and suggestions for economic development. His suggestion has been highly praised by central and provincial leaders for over 20 times.

The important academic honors he has received:

The first batch of Young and Middle-aged Academic Backbones in Nanjing University (1992);

The first batch of selected candidates for Cross-Century Talents Training Program by the Ministry of Education (1997);

The first batch of National-level Candidates for New Century Million Talent Project by the Ministry of Personnel and other seven ministries and commissions (2004);

The first batch of Liberal Arts Changjiang Scholarship Professors from the Ministry of Education (Economics, 2005);

The first level and chief young and middle-aged scientists of 333 talents by Jiangsu Province (2007);